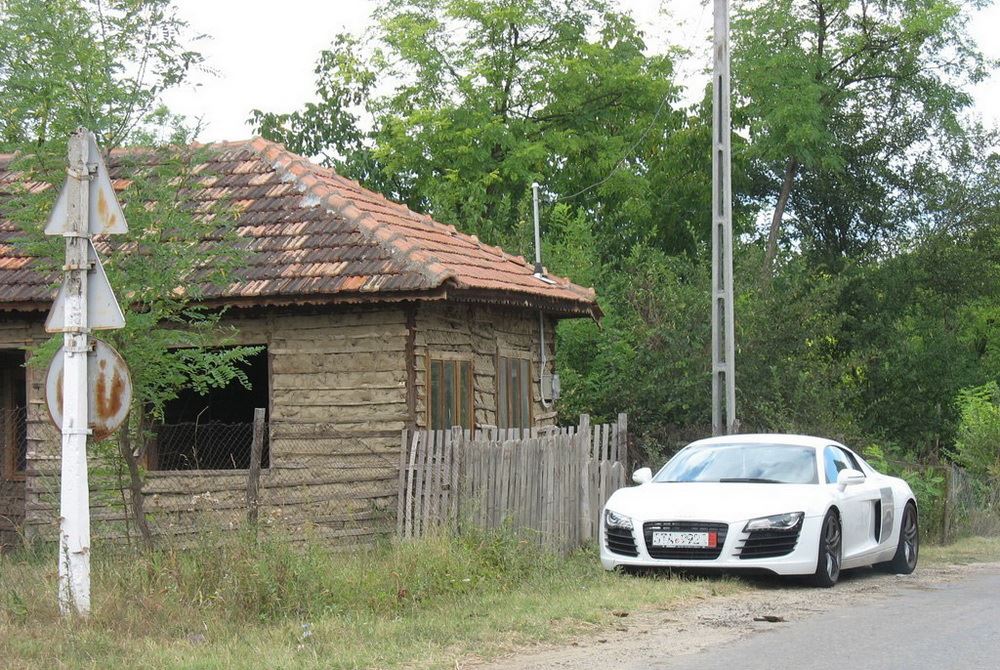 Forbes Romania magazine dedicated a special edition to the touching stories of over 30 Romanian businessmen about their “First Million”, which they obtained primarily due to their “unquestioned intuition and flair”, their “determination to reinvest”, their “courage, curiosity and modesty”, their “confidence”, “medium term market analysis”, as well as to their “fairness”, to the “quality of the products and services delivered”, etc. How did Romanian capitalists emerge and where are they now?

The first steps towards capitalism were shy and confused. While teams of wise men were being hurriedly formed to tell the political leaders what needed to be done to transform the economy (*1), many populist measures were being taken under the pressure of the population and of the daily needs. During those times, few people wondered why communism fell and the majority wanted to know if there were still going to be shortages, queues, etc. Romanian capitalists emerged and developed in four waves.

The Romanian market economy began in 1990-1991 with the liberalization of the import of consumer goods for the population (poultry from the U.S., color TV sets, etc.) and the import of raw materials for industrial consumption. The salaries were paid in full for the first time in many years (without deductions for “failure to achieve the plan”) and the employees’ contributions to the social capital of state enterprises were released. The net effect was to raise the purchasing power of the general population. For fear of inflation, the state “invested” approximately 2 billion USD (the surplus of the balance of payments during Communism) in expensive luxury items, “to absorb the excess cash on the market” according to the official intentions (?!). In fact, the authorities didn’t know how to protect the economy against shocks and wasted the surplus of the balance of payments on imports of expensive commodities and ordinary products, instead of acquiring equipment and technologies to increase productivity.

That was when the first business opportunities appeared and were capitalized by Romanians. The first to pursue the new opportunities were those who made money during Communism (state officials with high salaries, employees of foreign companies residing in Romania or local brokers of goods that were sold on the black market), those who had access to local resources (party activists, civil servants or Secret Service officers) and those who had international connections (people working in foreign trade, famous sportsmen, Romanians residing abroad). The source of their gains was a straight up markup (although margin from trading was limited for a while to 30%) and the exchange rate. The prices of the import goods were high because people would have paid anything for goods they hadn’t had access to until then because they felt this was raising their social status.

The second wave came when the apartments leased from the state were transferred in the private ownership of the urban population and half a hectare of land was distributed to each rural family. Thus started the long and expensive process of restitution of private property confiscated by the Communist state, a process that extended over 20 years (and is still in progress…). The state restituted agricultural property (first 10 and then 50 hectares), forests, real estate and industrial property. The restitution of such property infused new resources into the economy and generated significant income for another category of Romanian capitalists, who developed and capitalized on it especially by selling it to foreign investors. This kind of property was perhaps the most important source of income for many Romanian heirs residing in the country or abroad and formed the object of many real estate transactions, especially after Romania’s accession to the European Union.

The redistribution of the state’s production assets represented a significant source of privatization and the third wave of capitalists. During the first years, entire teams of professionals simply left the old communist factories, the research institutes, or the trade enterprises and developed on their own similar business in IT, industrial manufacturing, constructions, services, etc., that did not require much capital investment. In the official privatization policy, the state offered coupons in the state industrial enterprises for all Romanians (a kind of shareholders who could live off dividends), which were soon sold to middlemen or investors and used by the acquirers to consolidate ownership. Several small and medium sized enterprises were sold on credit to the employees and the management (the MEBO method). The ownership over such companies ended up concentrated in the hands of smaller groups or was acquired by multinational companies.

In the last decade, foreign direct investments contributed not only to restructuring and developing the Romanian economy, but also to the formation and development of the local class of businessmen and women, representing the fourth wave of capitalists. Multinational corporations that invested in Romania required services (distribution, logistics, legal and accounting services, consumables, spare parts, etc.) which they acquired from local suppliers, thereby helping them grow. The multinationals strongly promoted capitalism and entrepreneurship by the opportunities they created, by their own organization systems, and by training people. Many former employees of foreign companies started their own businesses, thus becoming Romanian capitalists.

In all these waves, Romanian entrepreneurs used opportunities, market demand, low (or sometimes free?!) prices on tenders for state assets. As mentioned by Forbes, they used courage, audacity, flair, curiosity, confidence, but thorough analysis… not so much. And they make little or no mention at all of the family inheritance. With the exception of the few people who had good salaries when the Revolution broke out, the Romanians’ money came from the restitution of property or acquisition of state assets at prices much below their real value. There was also the money made during the first wave of the trade businesses, but this money was quickly used to purchase new tangible assets. In those days, the more tangible assets you owned, the richer you were considered.

Romanian businessmen did not take the time to capitalize their companies. They had no long and medium term development plans. Romanian capitalism was an opportunistic one, failing to build long-lasting businesses and the financial crisis drastically reduced foreign investment forcing the state to adopt an austerity fiscal policy. This significantly reduced the orders from the State to the private sector and exposed the fragility of Romanian capitalism.

There aren’t any statistical data for a detailed analysis of the Romanian capitalists’ activity. We know, however, that the indebtedness degree of the Romanian corporate sector is 207%. Most of the debt is short term. If we separate the multinationals and the state companies, which are adequately capitalized and less exposed, we can see that the Romanian private companies are even deeper buried in debts, probably 3 or 4 times the value of their social capital. It seems that “new money” in Romania is made from businesses built mostly on debt. In order to operate soundly, such companies need to be capitalized. Without a vision, a strategy, a well-made plan and their own resources, these businesses will not be able to increase yields from bank loans or European Funds.

Romanian capitalists have no tradition, no history, and no connection with their pre-war predecessors, who emerged over 150 years ago (*2). The former Romanian industrialists who were restituted their properties – Malaxa, Aushnitt, Mociornita – did not return to production (with only one exception that I am aware of, Azur Timisoara). National capital was never subject to specific policies in the period following the Revolution, as was the case of foreign direct investments.

How, then, could Romanian capitalists compete with their European counterparts, who have been accumulating capital, know-how and technologies for hundreds of years? Can they reinvent themselves after experiencing the crisis in the past five years? Will Romanian capitalists keep seeing the market economy as a source of quick wins? They could benefit from further education and a better understanding the mechanisms of the market economy with focus on organization and long term planning. They need operational markets and institutions, new policies and a new approach.

Lately, a new wave of entrepreneurs is emerging. They are modern, more educated, more analytical, more transparent, more innovative and more efficient. They know how to operate in the digital economy era. They navigate the Internet easily and move freely around the world. They adopted services or industries that require less capital and are no longer tempted to accumulate (expensive) tangible assets like the 90s generation. They are building a modern economy in Romania, but are limited by the activity of most politicians who don’t understand that if they support this category with a clear, stable and transparent legislation, both sides win.