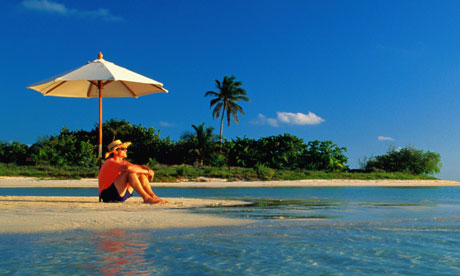 The lesson that the European Union is teaching Cyprus through the financial assistance program (bail-out), combined with its own efforts (bail-in) and the restructuring of the deposits exceeding €100,000 kept in the Cypriot banks (most of them made by foreign citizens) is a strong blow to tax heavens. However, this position is not unprecedented.

There have been previous warnings made by prominent right wing (Angela Merkel) as well as left wing (Francois Holland) politicians. It seems that the European governments (and not only the European ones, if we consider the pressure made by USA on the Swiss banks) acquiesce to interpret the “fiscal optimization” offered by tax heavens as nothing less than tax evasion. Considering all states are feeling pressure on the income from taxes and given the decline of production and the decrease of the taxable amount, financial engineering can no longer be tolerated and the battle seems to be one of life and death.

High officials within the EU and the Member States (like Germany) declared that the restructuring package agreed upon with Cyprus is unique and special. This is to reassure the markets that similar measures will not be taken in other countries as well. More specifically, that the private sector will not be required to bear part of the restructuring cost (bail-in), which is a rather uncommon measure for public programs meant to avoid systemic risks (too big to fail). As I see it, the uniqueness derives from the particular status of “tax heaven” of the Cypriot market (the bank assets are almost eight times higher than the real economy). The message quickly got through: Luxemburg (a financial market of comparable size, but deemed more stable) announced that it will waive bank secrecy, which would end its status as tax heaven.

What do the Cypriots say? From heartfelt slogans (such as “Cyprus is not for sale!”) to demanding withdrawal from the EU (the Orthodox Bishop of Cyprus), they sense, almost in unison, the end of an era, of a comfortable system that provided a good life, exploiting the country’s geographical location, maybe even its history, but definitely of a system artificially “accommodating” the financial interests of tycoons.

I was surprised by the position of a (former) high dignitary of the Greek orthodox (and Mediterranean!) world, but still an international personality of the social democratic universe: Andreas Papandreou, a guest at the Congress of the Social Democratic Party (PSD) held in Bucharest. Papandreou, who was a PASOK leader in Greece and Prime Minister when people started to become aware of the financial disaster taking over Greece and the first austerity measures, gave a speech that could be regarded as a lesson of social economy for any government. Transparency, competitiveness, equality, social inclusion, infrastructure and education, strengthening democracy, fighting nationalism, investment and development, jobs, and not austerity. But also fiscal discipline.

Andreas Papandreou, who is the Interim President of the International Social Movement, advocates not only for the change in balance of power in favor of the left wing, but also for the actual eradication of tax heavens. He estimates that “30% of the wealth of the world’s richest people is hidden (unaccountable)” and therefore, not taxed. What do his Cypriot neighbors and allies say upon hearing this from a true, internationally renowned Greek? I think it’s easier to teach lessons than to make things happen when you have the power. I remember Papandreou as a democrat, demanding a referendum for the approval of the austerity measures in Greece (sic!), but he did not do much to correct the Greek taxation system.

P.S. PSD’s program presented at the Congress (“A Strong and Fair Romania” structured into 9 priority items) contained a single mention on taxation (under item 1, “We are overcoming the crisis”): “War against tax evasion, for the financial consolidation of the state and of the public services”. They could have taken more from Papandreou’s speech!