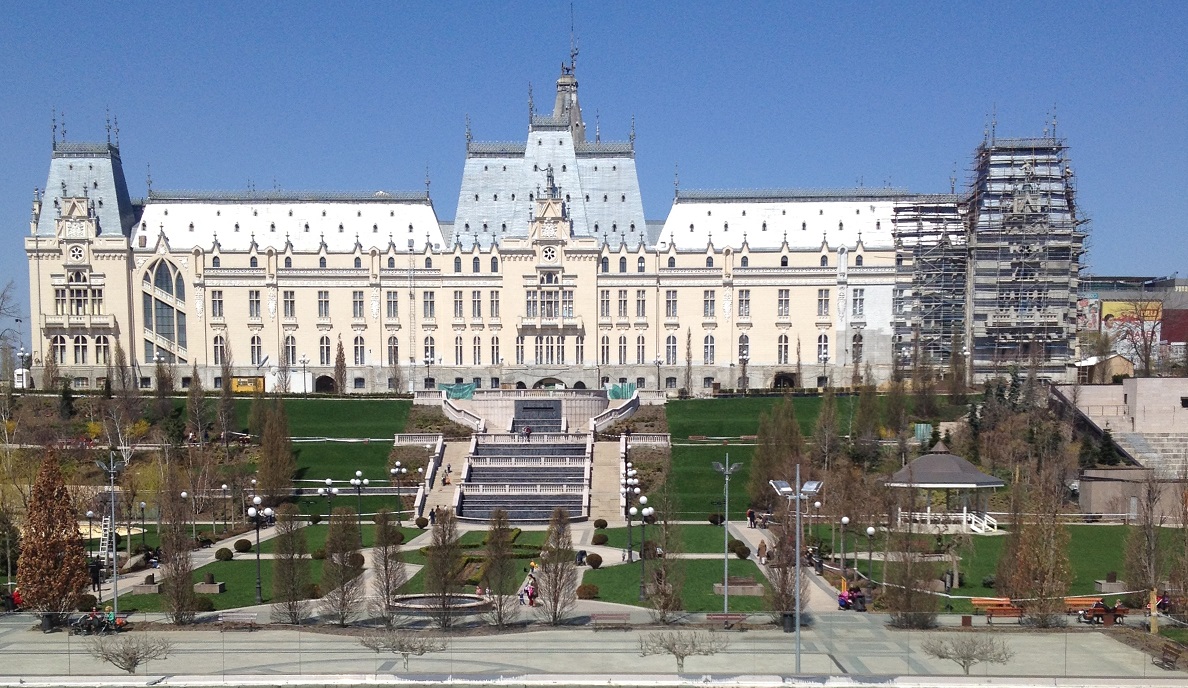 “Iași praises its heroes and lives from its past”, said, recently, a local high official. “Iași needs to live in the present and build its future, a future of economic development, of attracting investors, technological parks and jobs, a future of well-being for its citizens.” Is Iași archaic and gloomy, as it seemed to be in the ’90s, drifting in the twists and turns of capitalist economy? Today, it is certainly NOT!

I hadn’t been to Iași since 2010. I was very surprised a few days ago, when I visited the city. Of course I know a lot from books, from previous visits, from stories told by colleagues (renowned people working in the IT business), friends and family (my son worked at Microsoft in Seattle with a lot of young people from Iași, people their teachers should be proud of). The city is a cultural, religious, educational, and even… political center. Many of the ministers (secretaries of state for my U.S. readers) within the recent governments came from Iași. I read the works of writers from Iași (Dan Lungu) and I think we all are generally captivated, countrywide, by young talents in the media.

But is Iași, an economic center? Many decried the famous “industrial platform” of the city when a National Liberal Party minister, elected in Iași, launched the “reindustrialization of Romania” perhaps impressed by the fate of the socialist industry. Was it a real sustainable industry, or just a “job factory”, significantly subsidized by the State? A lengthier debate perhaps for some other time…

It seems to me that Iași’s industry is resurrecting in modern, not in traditional terms, in terms of quality, not quantity. In terms of efficiency and productivity not only with regard to jobs. State of the art technologies dominate Iași’s industry and they are champions in regards to exports (I think the export rate is higher than in the times of the “industrial platform”). American and European companies established their regional business hubs in Iași, and even invested in alternate railroad tracks to match Russia’s and Ukraine’s. Several Romanian entrepreneurs, some young, some older, had significant achievements in various sectors of the economy (health, food industry, etc.).

The much-awaited airport, modernized and extended, seems to be on its way. The peopl of Iași and of (upper) Moldova have relatives in Europe, whom they want to visit more often. The first flight to Rome was sold out long before the departure and for the flight to London there were no more tickets! Direct link to Europe: done!

The city is livelier, more colorful, and more beautiful. The people are more relaxed, more modern, and more proud of their city. The new pedestrian route brings out better the historical and religious monuments (including the Cathedral), the administrative buildings (the City Hall is seated in Palace Roznovanu) and the modern “monuments”.

“We see accomplishments we are not used to”, says a colleague from Iași. “The Palace of Culture was 95% consolidated and renovated, the way it has not been in decades, the Moldova Philharmonic is half rebuilt, the National Theater was fully renovated (a work of art!), after 20 years, Trei Ierarhi Church is finally rid of the scaffolds and it looks impressive, the National Opera started to give open air concerts, there are new theater plays, the theaters are packed with spectators, the archaic promenades are coming into shape and give out a note of eccentricity, in tone with the city itself …”

I was impressed by the architectural and commercial blend of the esplanade of the Palace of Culture – Palas Mall, the summer theater, the promenades and playgrounds, the commercial centers, the office buildings, the restaurants and even the streets are in perfect harmony. It is a refreshing view of two wonderful worlds melding together – one old, glamorous, and the other new, modern and functional. Iași passed the modernity test. You don’t know whether you’re in Iași or in Lyon (the comparison is mine, though to some it may seem exaggerated).

Perhaps even more importantly, in Iași there is a new state of mind, more optimistic, of “yes, we can”, the state of mind of accomplishers and winners. A strong and dynamic local administration, highly cultivated and educated persons, ingenious and courageous entrepreneurs, engineers, technicians and workers who are more confident in their place of origin, modern and emancipated students. I feel that I am part of this state of mind and I am happy to have lived this experience. I recommend it!