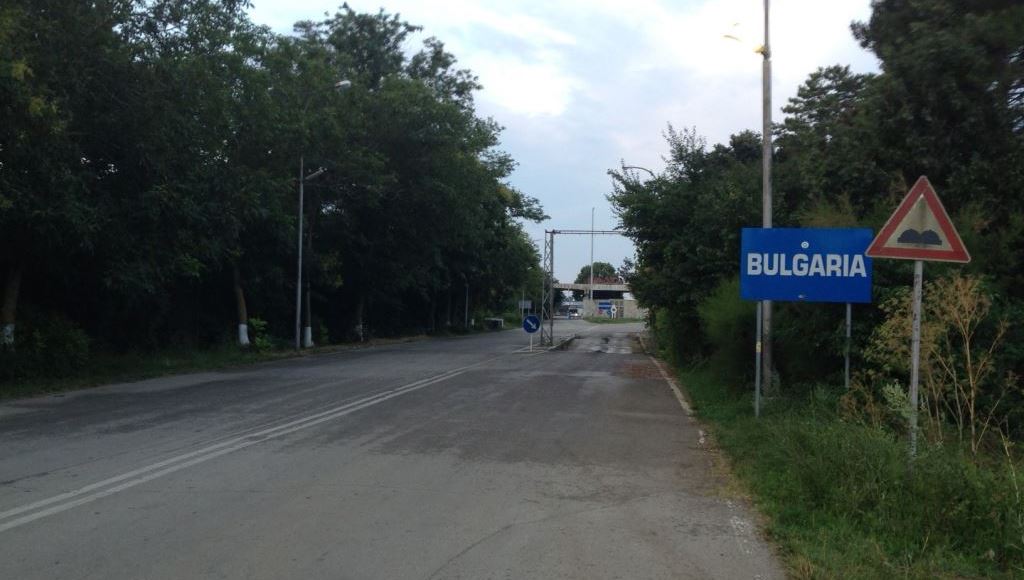 Have you ever crossed the border between the Republic of Cyprus and the Turkish Republic of North Cyprus? It’s an unkempt back alley in Nicosia. The situation denotes the failure of EU and UN to restore normality in Cyprus. Respecting the “do not photograph” signs I don’t have photos of the actual back alley, but the surroundings look like this.

The images made me think of the constant postponement of Romania’s and Bulgaria’s accession to the Schengen area. Cyprus probably won’t get there soon either. I now understand the major concern of some Member States regarding the consolidation and monitoring of the Eastern border (the longest border with non-EU states). It’s obvious that the area requires extensive improvement.

I won’t go into a diatribe about the need for the Romanian authorities to take political actions in terms of strengthening the judicial institutions and the rule of law. Solely from an infrastructure and logistics perspective, we are being assured that the borders with the non-EU countries are well equipped, fitted with sophisticated EADS instruments, and well organized. But what about the “border” between Bulgaria and Romania? What has changed and what needs to be done? Our accession to the Schengen Area means, simplistically speaking, that our land borders with Bulgaria and Hungary will simply disappear, that we can go to Balchik just as we go to Mamaia or we can visit Lake Balaton just like we visit Lake St. Ana: with no one asking us for our passport or identity card, without being questioned by the border police, without even feeling (physically and administratively speaking) that we are crossing a border. At least this is the case between Italy and France, Germany and Austria, Belgium and The Netherlands, Spain and Portugal, etc. Shouldn’t we also prepare “the inside” while waiting for the accession to the Schengen area?

The 28 states of the European Union have different levels of development. Reducing or mitigating such differences is made via nominal and real “convergence” policies. Nominal convergence is performed downward and it refers, particularly, to budget deficit, external debt, but also to democracy and rule of law. Real convergence is performed upward, by each of us, by our individual attitude and our production, by our de entrepreneurship and by adopting the modern values of economic efficiency, by our active participation in the life of our country, by respecting the values of democracy. We shouldn’t try to “be like them”, but “be ourselves”; however, there is a minimum set of values that we need to adopt, both at the level of public institutions and local administration, and in the private environment and among the citizens. Adopting the modern values is one of the advantages of being a member of the EU. They pay as much attention to the “big picture” as to the “details”. We could learn to pay more attention to the details. The details of the borders between Schengen states, in our case.

The border conditions between Romania and Bulgaria haven’t changed much, despite the cooperation between the border police services. The logistic is even worse: large, communist buildings, mostly abandoned, dusty and derelict, sinuous roads, some still preserving the quarantine lines from the old days, access ways full of holes in the ground, useless distances, garbage and dogs. Look at the images.

Does this look like Schengen area? Of course our politicians have to see what needs to be done in our country. Things that cost little or nothing at all. It doesn’t cost anything to maintain the areas clean. Or it doesn’t cost too much for the authorities to send a bulldozer to demolish the old structures, to straighten the roads and connect those on either side of the border (which are in pretty good shape). In each of our countries things look much better than at the common border. It’s not that much to do, only a few touches.

Between Romania and Bulgaria two bridges with symbolical value have been built at a 60 year interval: the Friendship (Drujba) Bridge Giurgiu-Ruse (1954) and the New Europe Bridge Calafat-Vidin (2013). One with the support of USSR, the other with the support of the EU. The difference in their appearance is perhaps as big as the difference between the two systems they marked: Friendship looks like the failure of communism, New Europe expresses the modern future.

But why are we allowing the past to overpower us? Do these two bridges somehow incorporate our old values? The “that’ll do” mentality in the case of Drujba and amazing modernism in the case of New Europe. Why are we letting these resources go to waste? I am sure that there will be new projects offering a way to use wisely these bridges in the Schengen area. They are a source of development and prosperity, at least for the areas near the Danube. The key, however, is in the details.

The goal of accessing the Schengen area shouldn’t bring only the decision to integrate Otopeni Airport, with a dedicated terminal, elegant and modern, but also the ambition of building, at the land borders of our country, integrated into the area, modern, comfortable, fast and effective facilities. To replace our oriental behavior with the western elegance and effectiveness. Romanians have the right to feel European in their own country, before feeling European in Europe.