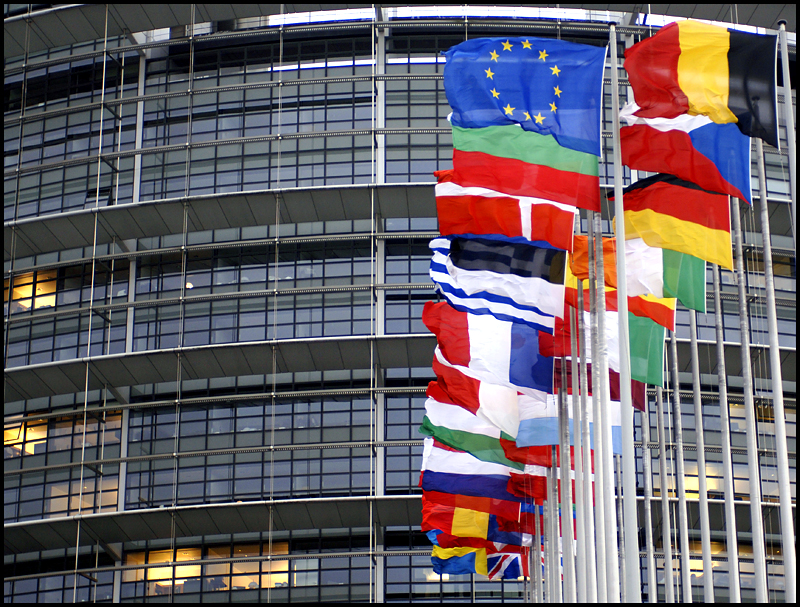 On 15 and 16 July 2013, Christine Lagarde paid a visit to Bucharest. I had the opportunity to exchange a few words with her during the dinner and I listened to her brilliant speech the following day delivered elegantly and relaxed. In contrast with the previous IMF executives, Ms. Lagarde has distanced herself from the dull and rigid nature of her position, typical to central bankers, and added a political, constructive and visionary note to her message to Romanian officials and to the public. Exactly 20 years ago, I met another IMF executive, Michel Camdessus, in Washington. Nothing compared to the expanse of these days’ position in Bucharest.

Ms. Lagarde reminded the audience of the long term collaboration between the IMF and Romania, a period during which the living standard of Romanians increased threefold (from an income per capita of $3,000 in 1990, to over $10,000 today), as proof of the success of the programmes carried out together. At the same time, she advised towards the conclusion of a new (precautionary) agreement, “as an element to maintain stability and fiscal discipline”. The IMF can be a partner for Romania supporting our country so that “some state-owned companies may be privatized and other restructured”. Today’s priorities are “fiscal consolidation and structural resources”. It sounds like a structural adjustment programme, atypical for the IMF, but necessary for Romania.

Initially, the International Monetary Fund was established (by the Bretton Woods Agreements, 1944) to maintain the currency stability of the Member States by financing the balance of payments deficits and protecting the foreign exchange rates (which were fixed, at the time). The general globalization and liberalization of the world’s economy, as well as USA’s giving up the free gold convertibility of its dollar (1971) and the liberalization of the exchange rates, were about to end the IMF’s classical mission. Two “historical” events saved the Fund’s role: the collapse of communism, together with the transition to a market economy of the centralized economies (after 1989), and the largest financial crisis since World War Two, accompanied by the recession of Europe’s and USA’s economies (after 2008). And then, having very few partners in the area, the IMF needed Romania, and now all the more so, since it has to recover one of the largest exposure (the fourth largest in the world!).

Being a member of the IMF since 1972, Romania is probably the European state with the longest collaboration in the post-communist period (the first Agreement was signed in 1992), both during the transition to the market economy, and after the accession to the European Union. From financing the balance of payments deficit to a structural adjustment programme (the World Bank’s input), the role and contribution of the IMF expanded substantially. Why has the IMF remained in Romania all this time, even though in 1990 Romania had no external debt (in fact, it had an excess of USD 2 billion)? Having permanent deficits after 1990 and no other international financing source, Romania was “hooked” with a structural transformation programme that outlined its government policies over the last two decades. Could Romania have gotten where it is today on its own, like the other countries in the region? The macroeconomic deviation of 2007-2008, when the Government was not assisted by the IMF, and this second precautionary agreement, prove otherwise.

Today, Romania seems to have the same problems as it did 20 years ago. In April 1993, as minister of state and member of the negotiations team, I prepared, together with the minister of finances and the central bank governor, a report for the President and the Prime Minister regarding the relationship with the IMF in the context of a slight crisis of confidence and the cancellation of the last tranche of the 1992/93 loan agreement. The new agreement then under negotiations for the period 1993/94 provided a loan of USD 300 million, within a total external financing of USD 1.4 billion. The loan was conditional upon Romania implementing several policies, such as: achieving a budget deficit of 4.5%, the foreign exchange market and the exchange rate had to reflect the ratio between the demand and the offer of currency on the market, passing a law regulating the positive real interest rate, restructuring the state enterprises that registered losses, eliminating subsidies and control over prices, continuously aligning the price of energy to the international prices, reducing the state debt, preparing the privatization programme, etc. A legislative package containing the reform of enterprises, capital market development, commercial courts, bankruptcy management, competition, social protection, contractual obligations, public debt, etc.

But these objectives (in technical terms, performance criteria or conditionalities) were precisely the official policies in the Social and Economic Reform Strategy of the Governing Programme approved in the Parliament of Romania (see the Report published in Official Gazette No. 39/1993, Part II). Although the negotiations on these objectives were resumed (see the IMF letter of 17 June 1993 attached), they failed and the agreement was not concluded. To this day I cannot understand who or what was behind this decision. As the minister in charge of achieving the reform programme, and having the IMF as the main (if not the only!) supporter and ally, I found that all of the doors for the reforms were closed. I handed my resignation (23 July 1993, attached) considering that “I can no longer be of any assistance to a Government having a different approach on the fundamental issues of the transformation and evolution of Romanian society and economy”. On 27 August, Decree No. 15 was issued regarding “the revocation from position of a member of the Government and the nomination of a presidential adviser”.

A Memo (attached) regarding economic policy alternatives in order to obtain external financing by the Stand-by Arrangement with the IMF (September 1993) explains the “difficulty” of the negotiations by “Romania’s acceptance, in the agreement concluded in 1992, of too ambitious performance criteria” but appreciates that “the conclusion of such agreement is absolutely necessary, as there is no intention to interrupt Romania’s relationship with the IMF”. Otherwise, the economic and social consequences would have been extremely serious: drastic reduction of external financing, increased pressure on Romania’s currency flow, economic decline and decrease of the living standard of the population, loss of the advantages obtained by the most favored nation status and other international political openings. In fact, it states why the Government cannot implement its own governing programme approved by the Parliament (see above).

This is only the example of one government (which I was part of for a short period), but all of the other governments applied the “gradual” strategy (stop and go), a strategy forced by the IMF’s “push and pull” of the centralized economy. What would the country have been today and how many years would we have saved if the reforms had been made in time and through our own forces? Without the IMF’s contribution, we probably wouldn’t even have the reforms we have today. The IMF actually replaced our governments’ (modest) governing (in)capacity, governments which, without exception, used the Fund as a scapegoat for any “painful” transformation measure. Then there were the negotiations with the European Union and the plan to achieve the acquis communautaire. Ms. Lagarde speaks about further reforms “It is very important to have had reforms prior to the accession to the Euro. In the Euro area you can no longer depreciate your currency in order to restore certain balances. We are willing to become involved if the state assumes certain measures”. There is still a lot to be done!

Ever since Napoleon III, no other foreign or international institution had such a significant impact on Romania’s transformation as the IMF had (the role of the advisers of the League of Nations in the inter-war period was rather… of an accounting nature). Romania has this heritage and it has to appreciate it and keep using it. Maybe this way the country’s governing capacity will increase. As we did at the end of the 19th century, at the end of the 20th century, we have the chance to re-launch Romania’s modernization process. Romania’s elite could have run the transformation despite the differences from the previous century, when the absence of participatory democracy did not reduce or limit the role of the elite. We lacked, however, courage, leadership and vision. That’s why Romania needed the IMF. Historical partnership, on both sides.