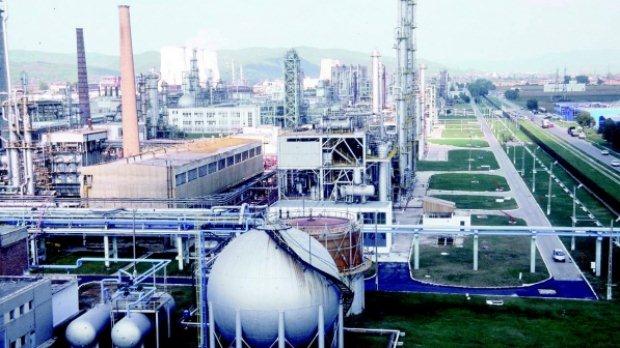 My recent article about Iași brought up the topic of “the extraordinary heritage” we had before the Revolution and how “many enterprises were viable” back in the day. The image of the socialist industrial platforms is still in our minds even decades later, in a blend of childhood nostalgia, for a time when all of our parents went to a factory, and regret that now the industry doesn’t provide enough jobs (as in Germany) and there are fewer manufacturing plants.

Both may be true, but let’s not forget that the causes for the collapse of communism in Romania were primarily of economic nature: the long years of shortages of all sorts; the hunger and the absence of food on the market, the endless queues; the lack of heating in the winter and the proration of basic products; the desperate struggle to survive and provide a future for one’s children. All this is nothing but evidence of a systematic incapacity to provide a decent life to the members of the “socialist and multilaterally developed society” and to meet the basic needs of the population. How could this have happened if Romania was an industrialized country with viable enterprises?

The Romanian socialist industry was all about the pride of the communist regime. It was built primarily to prove that it can exist and not to meet the needs of the internal or external markets. No doubt, it could have generated economic development and social welfare, but it started out on the wrong foot and it emerged in a twisted and artificial economic and political framework. In the 80’s Romania experienced, too early and too hard, the severe distortions of a command economy, highly accentuated by the self-sufficient and nationalist policy promoted by the communist leaders. But the socialist industry failed to offer its citizens a better life.

The major distortions that led to the collapse of communism are related to the ineffective allocation of resources, the abusive interference of politics in the economic decision-making process, the system of controlled unitary prices, the employment on a permanent basis of the entire labor force, even beyond the objective needs, and the absence of any relation whatsoever between remuneration and individual performance.

Allocation of resources through a central command (the State Plan)

Communism eliminated private property, abolished owners and prevented individual operators from making economic decisions; and the markets, as mechanisms of sending signals to the economic decision-makers (demand-supply), disappeared. In communism the State was the sole owner, as opposed to a multitude of owners in a market economy. There were far more chances for a single owner to make bad decisions, than when you combine decision from a diversity of owners. The socialist industry is developed according to the unitary state plan, which in most cases is grounded on unrealistic data, information and desires. The state plan was based on political, megalomaniacal, or fame-driven objectives. Romania was aiming to become the third largest producer of machine tools in Europe, building heavy machinery industrial facilities in all large cities, opening a large ferrous steel plant (in Calarasi) although it lacked both the necessary resources and the markets. The plants and factories were kept operational only to report an industrial yield and to artificially ensure jobs, not because they were profitable.

Abusive interference of the Communist Party in economic decision-making

The reasons behind the industrial investments were often the result of political bargaining, established based on the influence of certain local communist leaders, rather than on market economy arguments or on the possibility to support production with local, efficient and quality factors, able to generate a long term marketable production. Each communist leader succeeded, using personal influence, to place various industrial facilities in several regions, which then consumed important resources of the state plan. They built steam power plants in areas without coal resources (Suceava, Mintia), ferrous metallurgy plants in localities with little labor force, without iron ores or without access to transport routes (Calarasi or Targoviste), chemical plants or refineries in areas without oil resources or supply infrastructure (Pitesti, Turnu Magurele), railway car factories in areas with no industrial tradition (Caracal, Turnu Severin), aluminum at Slatina and alumina at Tulcea, etc. Towards the end of communism in Romania, the political leaders had taken full control over the economic management, aiming at maintaining active industrial “fortresses” that were so fragile that they collapsed immediately after the Revolution. Professional managers were a rare thing in the 80’s…

A system of unitary prices administered and controlled by the State

The rigidity of the unique prices, established centrally, made it impossible to adapt to the market conditions; especially in the case of exports. The prices in the economy were initially established according to wishes, not based on real costs and productivity. In time, the income and the costs were completely separated and parallel management and administration systems were created based on artificial data, as a result of chain reporting that no longer reflected the reality. In the period preceding the Revolution, the prices no longer reflected the real costs and the raw material used, nor the quality of the products and services obtained. The industrial products exported or the raw materials imported were internalized at local prices based on different and arbitrary exchange rates, which suggested massive subsidies. Therefore, the economy lost all real competitiveness as the prices were unrealistic and the subsequent liberalization of prices related to the market creation process took a long time; and it still does in some cases.

Employment on a permanent basis for the entire labor force

It’s counterintuitive why the employment of the entire labor force, which even today is a priority objective of public policies, was a negative aspect in communism. In capitalism, rational and efficient investments create jobs and the employment is flexible, consistent with the production needs. In communism, the industrial objectives were created in order to employ non-industrial labor force. It was the production needs that were adapted to the labor force and not the other way around. Over 30,000 workers in and around Galati were employed at the ferrous metallurgy plant. Today, less than 5,000 people work there and the production and the export are higher. The national production system had a primarily social nature. The economy progressively became a social assistance mechanism, failing to take into consideration the production needs, the individual skills or productivity increase. In a market economy, people always have the opportunity to change their workplace, there are new projects, new challenges.

Lack of any relation between compensation and individual performance

Gradually, the connection between the compensation for the work performed and individual performance disappeared. The salary and incentives were the same for similar or comparable positions regardless of results, efforts, skills, talent or dedication. Due to the expectation created by job security, the quantity and quality of the labor or the increase of productivity became less important. The more productive workers were not motivated to produce more, many innovative ideas were not put into practice and promoted, the income was capped regardless of how much initiative you showed. Research became an administrative activity, and incentives were granted on disciplinary or political bases. Labor productivity decreased along with the quality of the products and services.

These are the main structural problems which led to the scarcity of products and services and to the failure of the communist production system. The transition to the market economy proved to be a long and difficult process. The industrial heritage was problematic and impossible to continue on the same structure. The industry had to be rebuilt and the industrial enterprises reformed. Many of such industrial enterprises were fully modernized under Romanian shareholding (Compa – Sibiu, Elba – Timișoara, Farmec – Cluj, RAAL and Rombat – Bistrița etc.), but the main drivers of change in the Romanian industry were foreign investors (Dacia – Renault, Sidex – Arcelor, Petrom – OMV). Romania now exports more than twice as much (almost EUR 50 billion) as in the best years of the socialist industry. The country definitely has a more advanced and more efficient industry. But obviously not enough.

The industrial platform of Iași attracted less foreign investors, due to both the profile of an outdated industry and the geographic position. Nevertheless, new businesses still emerged and more than 20 years after the change of the economic system in Romania industrial investors established production centers in Iași for the local market, the eastern market and for export (Delphi Packard, perhaps the largest exporter of high-end technology). More and more Romanian technicians and workers, many of them returning from abroad, find a job at the industrial enterprises in Iași.